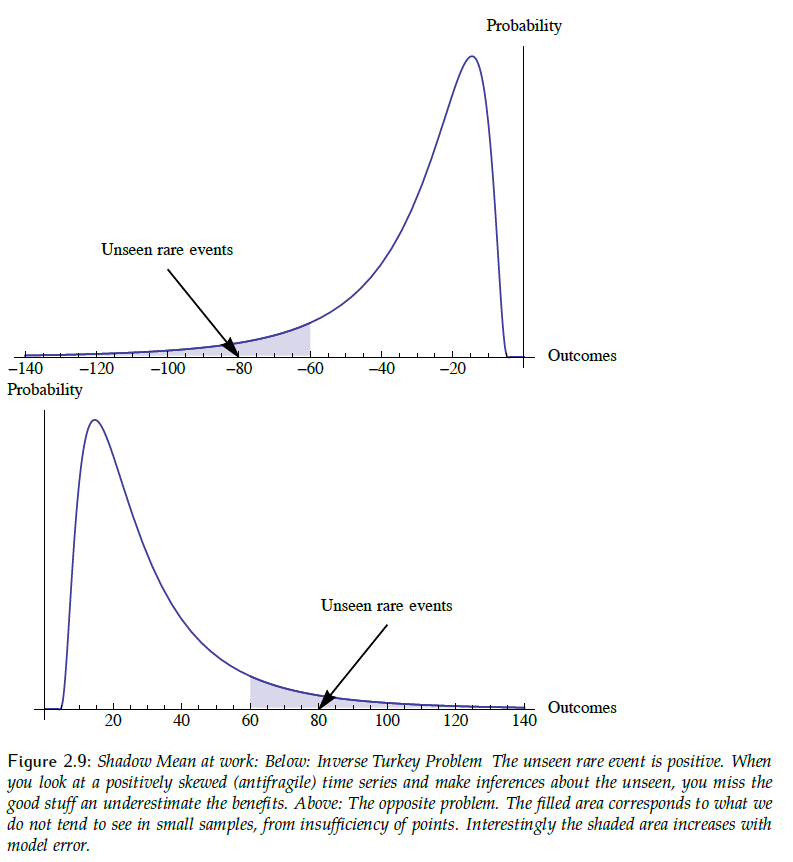 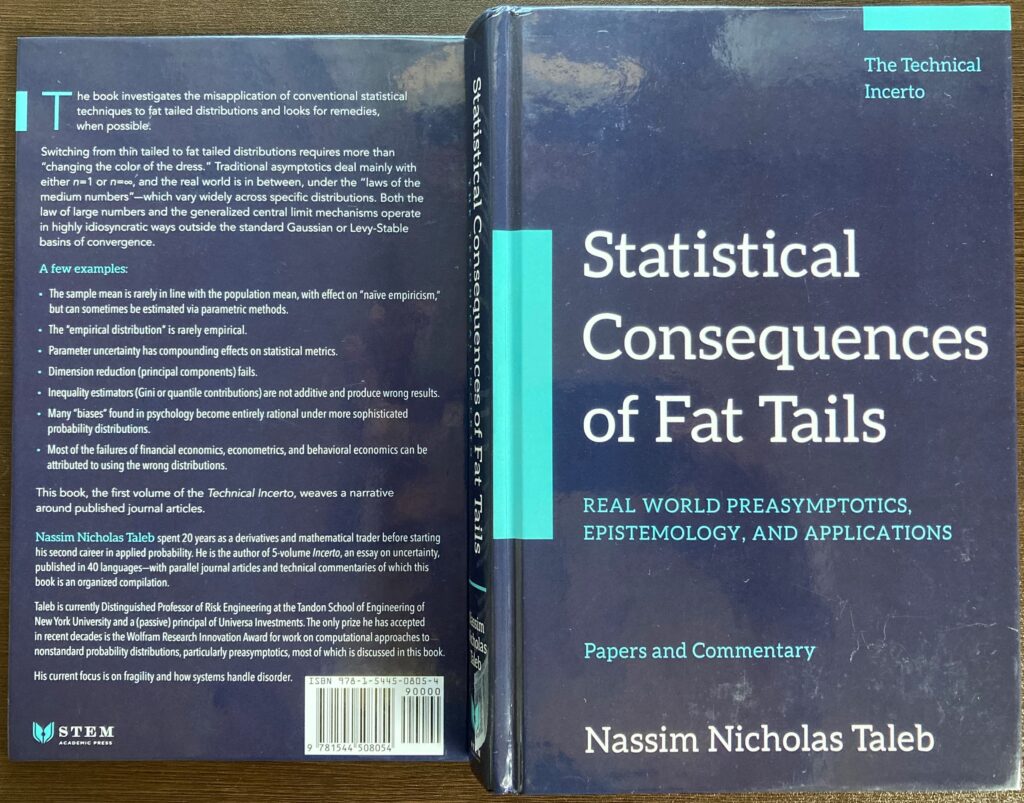 The book investigates the misapplication of conventional statistical techniques to fat tailed distributions and looks for remedies, when possible.

Switching from thin tailed to fat tailed distributions requires more than changing the color of the dress. Traditional asymptotics deal mainly with either n=1 or n=8, and the real world is in between, under the laws of the medium numberswhich vary widely across specific distributions. Both the law of large numbers and the generalized central limit mechanisms operate in highly idiosyncratic ways outside the standard Gaussian or Levy-Stable basins of convergence.

・The sample mean is rarely in line with the population mean, with effect on naïve empiricism, but can be sometimes be estimated via parametric methods.

・The empirical distribution is rarely empirical.

・Inequality estimators (Gini or quantile contributions) are not additive and produce wrong results.

・Most of the failures of financial economics, econometrics, and behavioral economics can be attributed to using the wrong distributions.

This book, the first volume of the Technical Incerto, weaves a narrative around published journal articles.

Nassim Nicholas Taleb spent 20 years as a derivatives and mathematical trader before starting his second career in applied probability. He is the author of 5-volume Incerto, an essay on uncertainty, published in 40 languages-with parallel journal articles and technical commentaries of which this book is an organized compilation.

Taleb is currently Distinguished Professor of Risk Engineering at the Tandon School of Engineering of New York University and a (passive) principal of Universa Investments. The only prize he has accepted in recent decades in the Wolfram Research Innovation Award for work on computational approaches to nonstandard probability distributions, particularly preasymptotics, most of which is discussed in this book.

His current focus is on fragility and how systems handle disorder.

Genealogy of the INCERTO 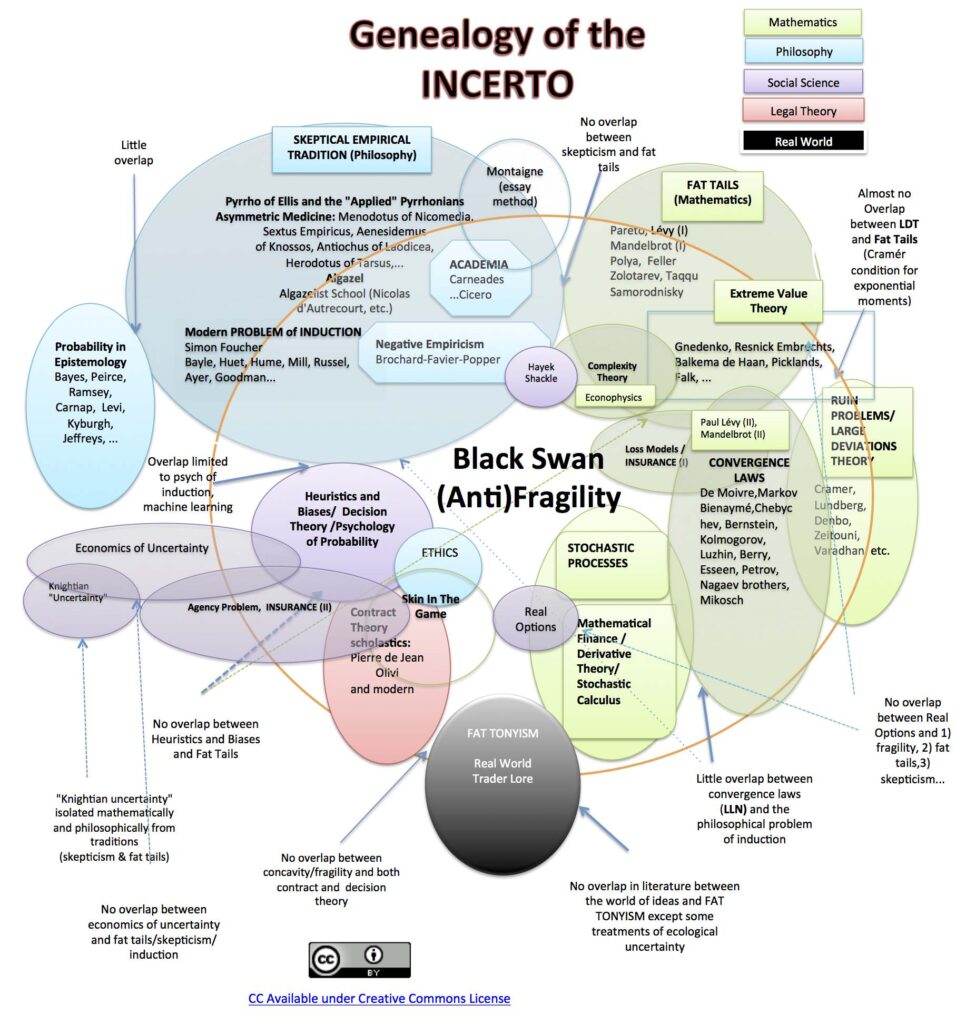 To be a philosopher is to know through long walks, by reasoning,...

The three most harmful addictions are heroin, carbohydrates*, and ...